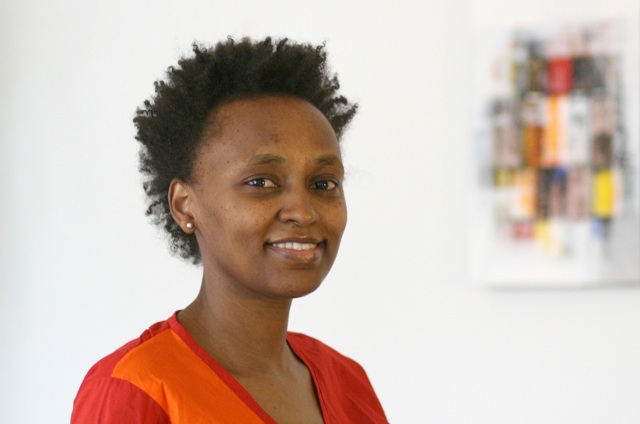 Wanjiku wa Ngugi is the founder of the  Helsinki African Film Festival. Here she talks about Africa in Finland and this year’s theme “Women’s Voices and Visions”.

Wanjiku, please talk a bit about yourself and the creation of the Helsinki African Film Festival.

I was born and raised in Kenya. After high school, I attended New York University (NYU) where I studied Sociology and Political Science. It was actually here that I first met Dr. Manthia Diawara, a film-maker and critic, who was also the head of the Institute of African-American Affairs at NYU. I got a job assisting in his office and thus begun my introduction to African films. Growing up in Kenya, all we got to watch were Hollywood films and seeing black people on the big screen was a very rare occasion if ever. Anyway, a few years back I moved to Helsinki and was surprised at the level of misinformation about African people, both in the continent and the Diaspora. Even Finland has not escaped the Hollywood machine and the chronically negative representation of Africa in the News, so information about Africans is largely informed through the same narrow prisms. Hollywood has not exactly done any justice to the story of Africans, as most of their films–I am thinking here of popular films such as The Last King of Scotland or Blood Diamonds for example, are replete with stereotypes about Africa and Africans. And basically this is how HAFF was born–out of this need to deconstruct the depiction of Africa as this Dark Continent that only produces dark images, one-sided stories, and dehumanised people who should be pitied. Africa is not a country; I want to repeat this over and over again! We wanted to show the diversity of this continent, and begin a different conversation, one informed by a more realistic view as told by the Africans themselves…… Continue reading here.